Indus Valley Public School (IVPS), a co-educational school affiliated to the Central Board of Secondary Education, is located in Sector-62, Noida.

IVPS is the Top School in Noida offering world class infrastructure and excellence of knowledge.The school was ranked among the top schools in a survey conducted by the Hindustan Times and C-Fore, and adjudged the "School of the Future" by Education World in Indian School Rankings in 2020. IVPS has been awarded for being the best Public School in Primary and Secondary Education in Delhi, NCR region which was presented by the Royal Brands in association with "Delhi Aaj Tak" by the then honourable Union Minister, Govt. of India, Mr. Kapil Sibal. The School has been awarded as the top Cbse School in Noida in the year 2017-2018. It has also been awarded for being among top 100 schools of U.P. and top 10 schools of the district in an online survey conducted by Shiksha Advisor. The Award was presented by Mr. Ashutosh (National spokesperson-AAP and former Managing Editor, IBN7). Another feat was achieved by IVPS when the school was adjudged among the top ten schools in Noida on the basis of various parameters, in an educational survey conducted by The Times of India.
Our School Principal Ms. Shikha Sharma was acknowledged as the 'Global Leader of Education Initiatives' by an NGO, Aesthetics. The prestigious award was conferred upon her on 5th May 2020. Not only this, She is included in the list of Top 25 Promising Leaders in Indian Education Sector - 2021 by Higher Education Review 2021 for her Visionary Approach, Unparallel Efforts, Qualitative Academic Initiatives and Inspirational Leadership. IVPS family as the school has been awarded for "Quality in Education", in Uttar Pradesh by Education Today. The award was presented by the educationist, Dr. Shyama Choona. On 25th August, 2021, The school was awarded as the Education Icon Award in Best School using Technology. The school has emerged as the winner of the "Outstanding Infrastructure of the Year-2021" in the National School Awards-2021, India's biggest school awards. Our School Student "Dhruv Srivastava" of class "I-B" has secured 1st International rank in International English Olympiad. Our School students cleared many highly competitive exams including JEE, NEET, AFCAT, NDA and many more. Our children bagged first position in Craftzilla competition among many other schools in Noida. Our student of class 10, Ishika Jain, has achieved for Best School Level Entry in English Essay Writing on the subject of Oil and Gas Conversation competing against many other schools in Noida. Our children participated in Picasso (MS Paint) and Robotics (Manual), winning First Position respectively. Time to time, the School has proven itself for being the Best School in Noida in every aspect i.e. Education and Development of students personally as well as professionally. From the beginning, the School has secured 100% passing results for class X and XII.

鈥淣obody cares if you can鈥檛 dance well. Just get up and dance." 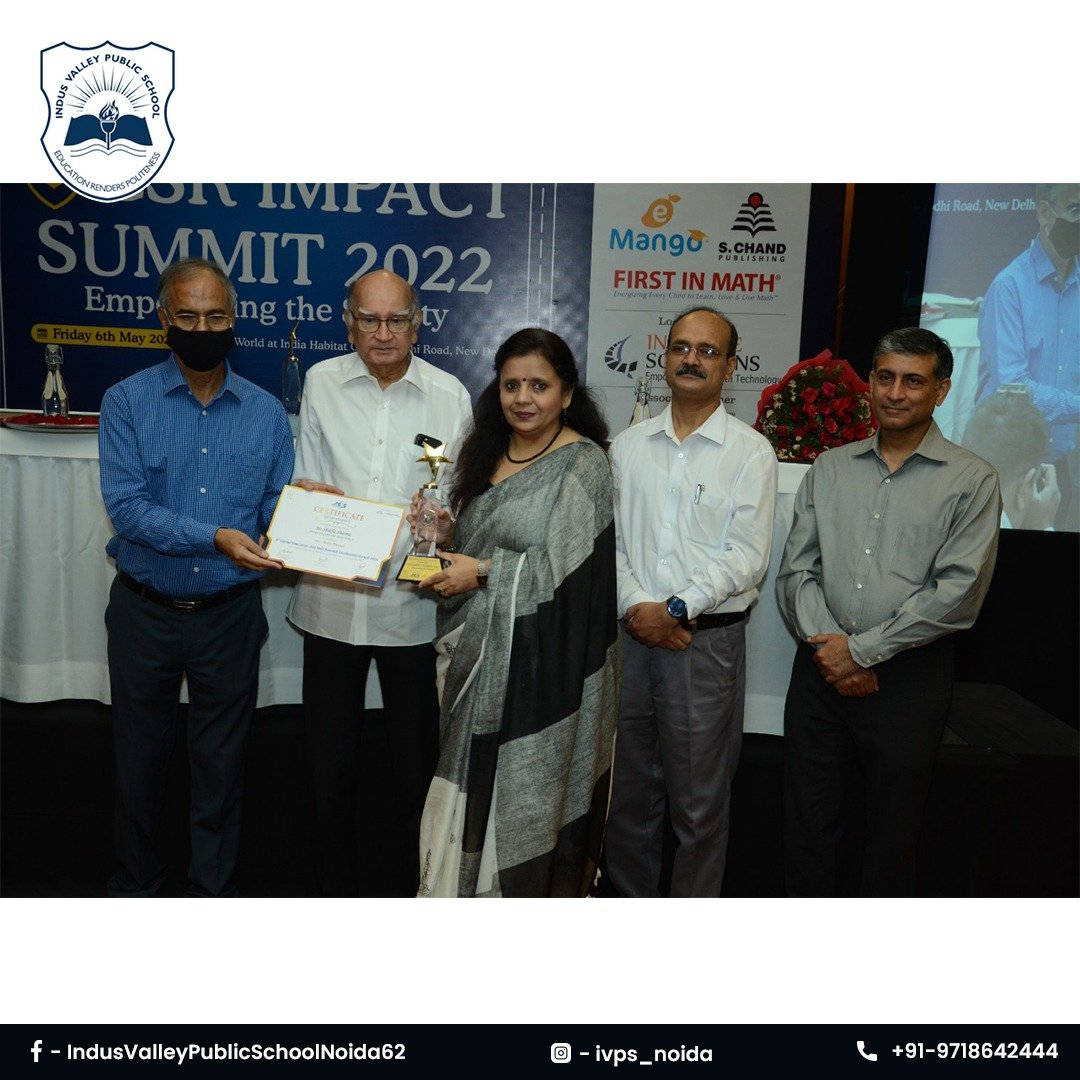 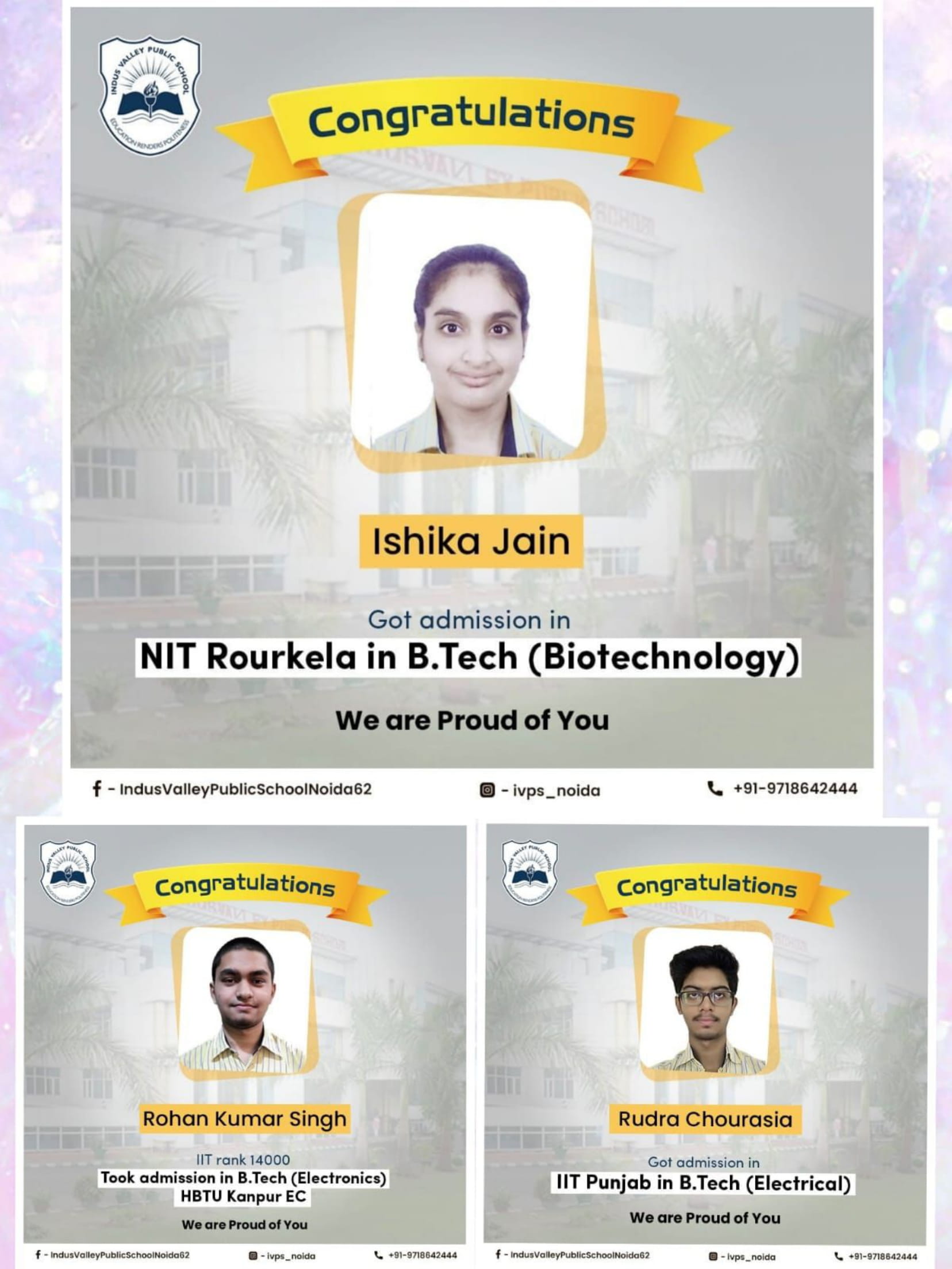 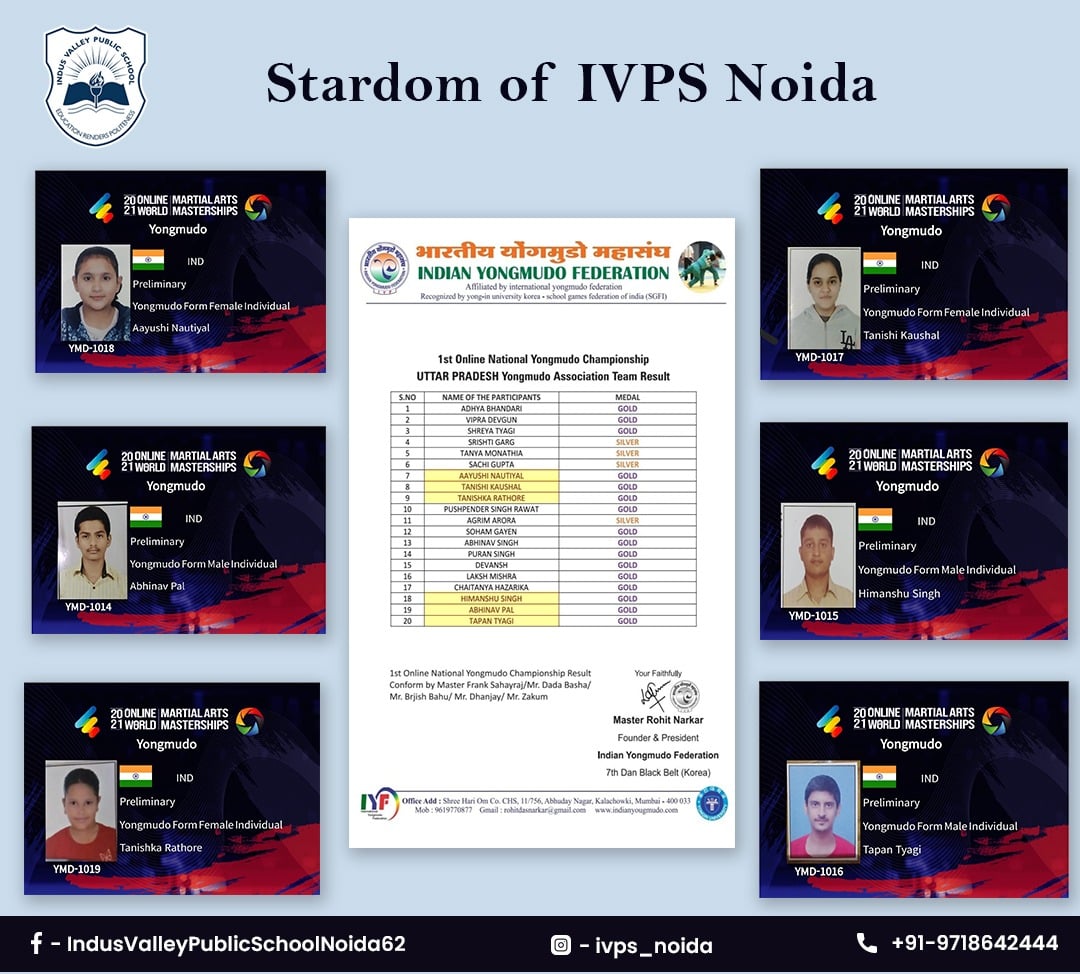 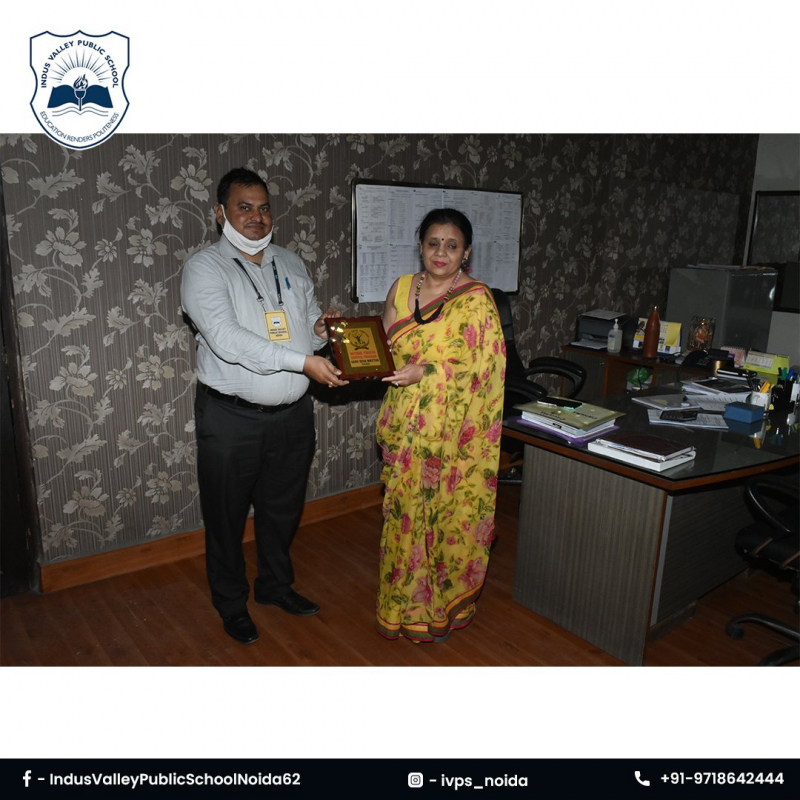 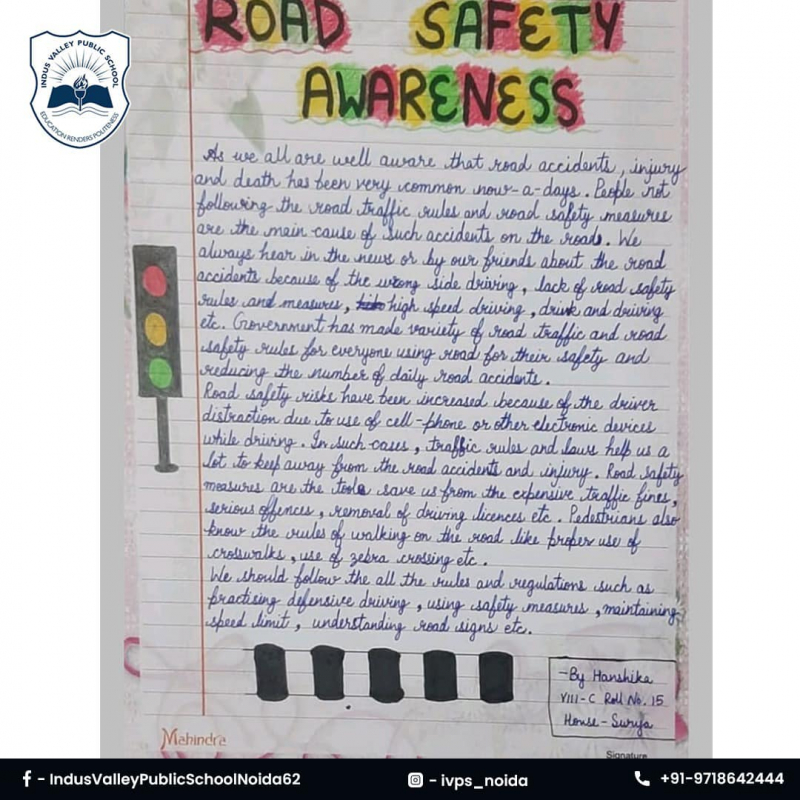 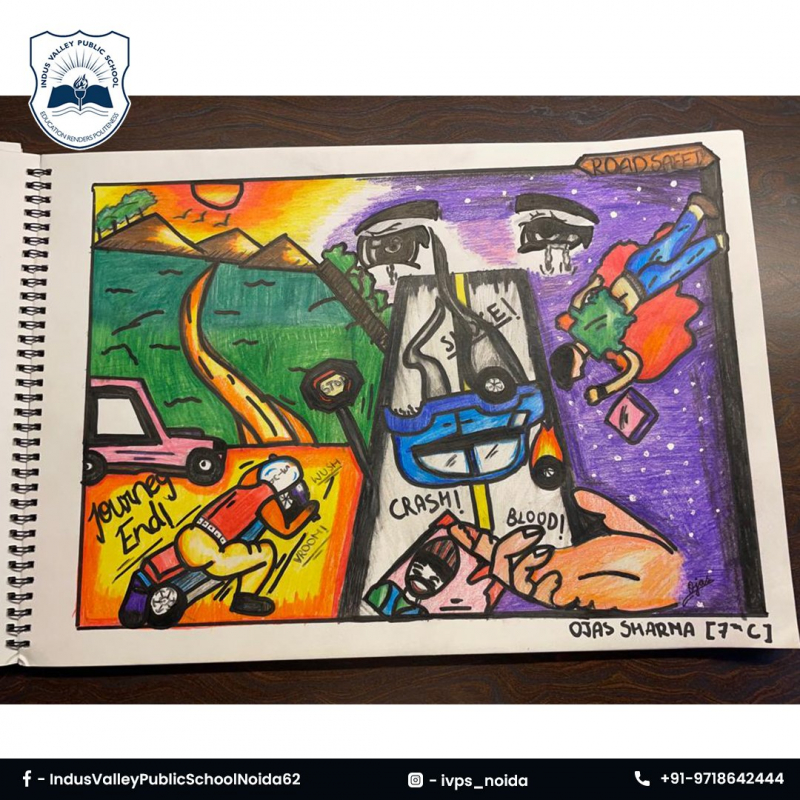 Drive as if every child on the street is your own 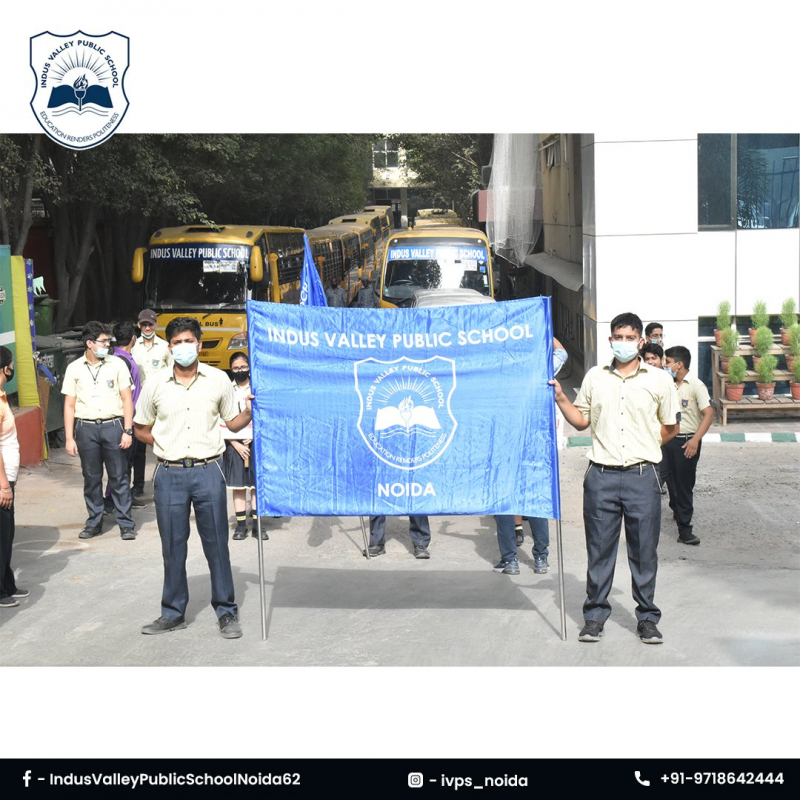 IVPS have been awarded as "Top School in Noida 2020". The school have proven their excellence in inter and intra school sports meet every year and won many awards for being the "Best school in Noida" in sports as well. The school has been ranked among top schools in the "City Rank" and the "Online Presence" category in a survey conducted by the Digital Learning, a national magazine. Its our pleasure to announce that Ms. Vrinda Syal has won teaching excellence award in the category of innovative teaching in Social Science by S. Chand. Our Principal Mrs. Shikha Sharma has been awarded with the title of "The Best District Principal Award" by the "Science Olympiad Foundation". The school was ranked at 8th position in a survey conducted by Digital LEARNING'S Top Schools of India Ranking 2016.
IVPS seeks to reach newer heights of distinction through perseverance of faculty, dedication of students, commitment and cooperation of the academy spread all over the globe. Our vision is to nurture the higher order of cognitive and interpersonal skills by creating a system where learning is defined by inherent desire of child to learn, inspired by a philosophy of love, joy and faith. Our institution empowers individual to manage change and effectively grow and realize their full potential in a globalizing, competitive and multi-cultural socio-economic environment. Definitely, IVPS is the Leading CBSE School in Noida & is the Best cbse school noida sector 62.
+ Read More